No products in the cart.
Start Shopping Return Policy 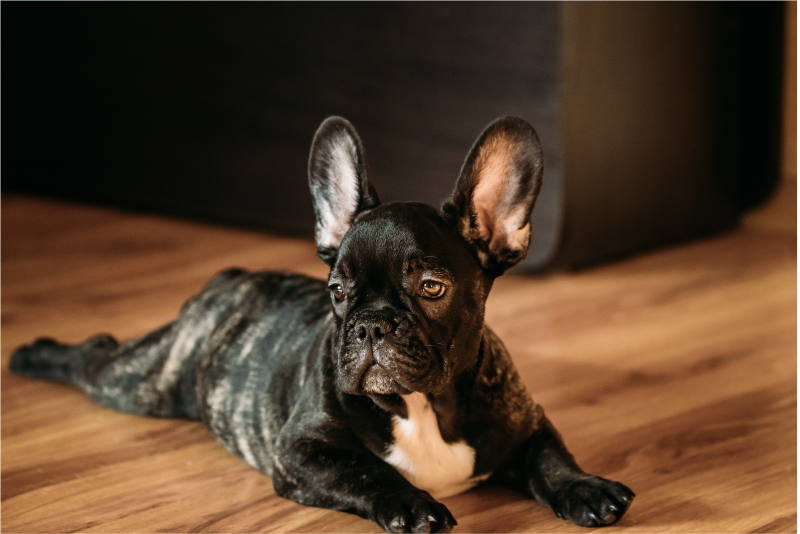 French Bulldogs are one of the most sought after small dog breeds in the world. They are popular EVERYWHERE, but especially among people who live in large cities, as they do not require a tremendous amount of outdoor space to run around in – although they do love activity!

French Bulldogs (also known as “Frenchies”) are very playful and loving, alert and adaptable, and frankly – they’re downright irresistible. With their stocky little frame, wrinkly face and trademark large “bat ears”, they are easy to fall in love with.

The size and life expectancy of Frenchies between males and females is about the same. Both male and female French Bulldogs are typically between 11-13 inches tall, and weigh less than 28 pounds. Their life expectancy is 10-12 years.

Frenchies don’t typically bark a whole lot like a lot of other small dog breeds. However, they do make great watch dogs due to their hyper alertness. They are typically easy to make friends with among other dogs – and of course, the vast majority of humans will be obsessed with them. If you are looking for a pint-sized, easy-going companion, a French Bulldog is a top choice!